Military offenses have the potential to end a career. This area of law is complex, which means that it can be difficult to know what your options are once you realize that you are under investigation for violations of the Uniform Code of Military Justice or other offenses. If you are in the military, and you are suspected or accused of an offense, you may rightly feel uncertain about the future of your career. You should consult military defense attorney Philip D. Cave. He has over 40 years of experience helping service members in the U.S. armed forces who have faced court-martials and other adverse actions. Mr. Cave has represented clients in the Norfolk area, Fort Hood, Fort Bragg, and countless other locations around the country, as well as overseas in countries such as Korea, Germany, Spain, Italy, and Great Britain.

People accused of wrongdoing under the Uniform Code of Military Justice (UCMJ) may be required to participate in a court-martial trial. Court-martials are criminal trials for military service members who have been accused of committing crimes set forth in the UCMJ's Punitive Articles. Article 32 of the UCMJ allows an investigation, which is like a pretrial hearing in state or federal civil court, to move forward. The goal of the investigation is to determine whether a crime was committed and whether there is probable cause to think that the person who was accused committed the crime. Military defense lawyer Philip D. Cave has defended service members against charges of sexual assault, manslaughter, fraud, aiding the enemy, fraternization, drug offenses, AWOL violations, computer crimes, mutiny, desertion, drunk on duty, insubordination, and larceny.

If the accused is found guilty, they may face serious punishments. These punishments could include forfeiture of pay, confinement, and reduction in rank. If the charge is a sex crime, there may be the additional “penalty” of registering as a sex offender. Sometimes the accused loses the ability to own firearms. Court-martial trials follow the same rules and procedures, including those related to evidence, as those that are used in federal trials in district court.

Mr. Cave also represents clients in court-martial appeals. If you have been convicted of an offense at court-martial, the conviction can be devastating. Some courts-martial are automatically appealed, but you are entitled to appeal any adverse ruling under the Uniform Code of Military Justice. Court-martial appeals are like appeals from decisions made in federal district court. However, there are issues unique to military court because of the military enforcement of good order and discipline.

In the appeal, your military defense attorney will need to establish that an error in the proceeding adversely affected the outcome of the court-martial. Errors that can form a basis for an appeal include abuse of authority, errors while collecting proof, procedural violations, factual errors, and failures in how the UCMJ was interpreted and applied.

Mr. Cave has handled many kinds of adverse administrative actions, including non-judicial punishment matters (Article 15), performance reviews, adverse officer evaluation reports, denials or revocations of promotions, letters of reprimand, reductions of position, loss of pay, job status changes, and discharges. If you are offered an Article 15 action, you are notified that the commander believes that you have perpetrated one or more offenses under the UCMJ. You can accept the Article 15, or you can turn it down and demand trial by court-martial. Acceptance of Article 15 is not an admission of guilt, but it is a decision to have the commander determine whether you are guilty of specified offenses, rather than having your case heard by a court-martial. In most cases, you have the right to consult with an attorney before making a choice. You have the right to present your case if you accept the Article 15, but before you decide, you should consult with a military defense attorney if possible.

Even if an offense does not call for a court-martial, a finding of guilt in an adverse administrative action can be damaging to your reputation and your prospects in the military. A poor performance evaluation can have a negative impact, such as the possibility of an administrative discharge or denial of promotion. It is important to use every available method to avoid a guilty finding and exclude damaging documentation from your file.

For example, if you are a service member who was improperly separated from active duty in the U.S. military without being referred to a medical board for a disability evaluation, you may have a claim for active duty pay for the period of wrongful discharge under the Military Pay Act, 37 U.S.C. section 204.

Mr. Cave’s motto is “Have briefcase (and Internet), will travel.” He represents military service members around the country and overseas. If you are a member of the military, you have different rights and duties than do civilians. Different rules will apply to any offenses with which you are charged. It is crucial to retain an attorney who understands these rules. Military defense lawyer Philip D. Cave has dedicated his career to this practice area, assisting service members who have been charged with UCMJ violations or who are dealing with other issues that are specific to this context. Whether you are stationed in San Diego or Korea, Mr. Cave can work with you to develop a strong understanding of your case and provide aggressive representation. Call us at 800-401-1583 or contact us through our online form to find out how we can help you. 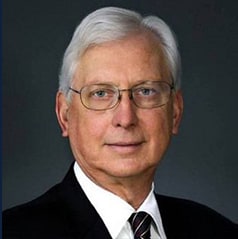 I have extensive experience as a prosecutor, defense counsel, appellate advocate, and legal advisor in military cases. I have served tours of duty in the U.S., Gulf-I, in USS JOHN F. KENNEDY (CV 67), and overseas in Spain, Portugal, and Bahrain. Read More

Client Reviews
★★★★★
Many years after retiring from the USN, I suddenly found myself in a very unwelcome legal matter with the Navy. It was a total shock and I was very concerned as to the impact this would have on me and my family. Philip was so helpful, truly a calming force, and his legal help was invaluable to me, I am so thankful that I availed myself of his services! Rob
★★★★★
Phil Cave has helped me through NJP and restoration of my security clearance. He even came to visit me in Spain. I never thought I would work again and he certainly through with advise and guidance that we're exactly spot on. He is my hero and thanks to him I gave my life back... Bryan
★★★★★
Mr. Cave saved my military retirement! His promise to me from day one was that he would fight as hard as he could he right the wring that had been done to me. And he did! I am so very thankful and grateful to him. He genuinely cared about me and made my case his priority. He used all his experience and knowledge to put forth a good defense. I am very pleased with him and will recommend him to anyone in need of an attorney. Crystal
Submit a Law Firm Client Review
Contact Us