Have Briefcase (and Internet), Will Travel
CONTACT US NOW For a Free Consultation
Home
Attorney Profiles
Philip D. Cave 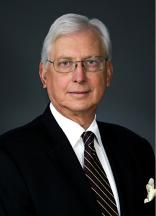 I have extensive experience as a prosecutor, defense counsel, appellate advocate, and legal advisor in military cases. I have served tours of duty in the U.S., Gulf-I, in USS JOHN F. KENNEDY (CV 67), and overseas in Spain, Portugal, and Bahrain. While on active duty I also gained experience as a member of the Navy Clemency & Parole Board, the Joint Service Committee on Military Justice, and in regulatory and legislative matters.

I have provided testimony at both Cox Commissions on military justice, on behalf of the Bar Association of the District of Columbia. I regularly participate as a moot court judge for several national moot court competitions held in the Washington, DC, area.

I am regularly consulted by print, radio, and TV media for commentary on significant military justice cases and issues.

I have been practicing military law exclusively since 1979.

I came to America in 1972, having spent seven years with the Metropolitan Police in London, England.

After graduating from the Case Western Reserve University Law School in 1979, I went to the Naval Justice School; and then I reported to my first assignment at Naval Legal Service Office Norfolk, to be a defense counsel and then a trial counsel (prosecutor).

Over the next 20 years I served as a Navy judge advocate in various military justice related assignments: twice as a defense counsel, twice as a trial counsel (prosecutor), three times as a staff judge advocate (command legal advisor), and as an appeals lawyer. For my last few years of active duty I served in the Navy office responsible Military Justice (legislation, regulation, policy) matters, as well as sitting as a member of the Naval Clemency & Parole Board.

I have broad experience in courts-martial ranging from simple AWOL/UA cases to complicated murder, sex assault, and national security cases. Most of my trial cases are contested members (jury); that is when I have not been able to divert them for trial. Over the years I have tried hundreds of contested cases, and have been involved in thousands of cases from the simple AR 15-6 type investigation to significant adverse administrative actions.

90% of Practice Devoted to Trial and Appellate Litigation

Bar AdmissionsEducationProfessional Associations and MembershipsPast Employment Positions
Testimony and presentations
Contact Us
Practice Areas
Client Reviews
★★★★★
Many years after retiring from the USN, I suddenly found myself in a very unwelcome legal matter with the Navy. It was a total shock and I was very concerned as to the impact this would have on me and my family. Philip was so helpful, truly a calming force, and his legal help was invaluable to me, I am so thankful that I availed myself of his services! Rob
★★★★★
Phil Cave has helped me through NJP and restoration of my security clearance. He even came to visit me in Spain. I never thought I would work again and he certainly through with advise and guidance that we're exactly spot on. He is my hero and thanks to him I gave my life back... Bryan
★★★★★
Mr. Cave saved my military retirement! His promise to me from day one was that he would fight as hard as he could he right the wring that had been done to me. And he did! I am so very thankful and grateful to him. He genuinely cared about me and made my case his priority. He used all his experience and knowledge to put forth a good defense. I am very pleased with him and will recommend him to anyone in need of an attorney. Crystal
Submit a Law Firm Client Review